Halloween is a $7 billion Treat for Businesses

As the spooky holiday of Halloween steadily approaches in the next few weeks, we will no doubt begin to see haunted houses, decorations and more beginning to appear around our neighborhoods. But did you know all of this is part of an eye-watering $7 billion industry?

This hellishly frightening holiday falls second in sales to Christmas, however, interestingly, despite its successful ability to open our wallets and frighten our bank accounts, Halloween ranked only fourth as the most popular holiday, with over 157 million celebrants in the U.S. alone.

Halloween may disappear as quickly as it arrived (unlike Christmas which tends to linger for a month at a time) it’s still an exceptionally profitable business with eye-watering sales.

There is certainly no doubt that one of the largest appeals about Halloween is that many adults have a chance to be a kid again. Through costumes, individuals can enjoy the characters they’ve always wanted to be, either it be a zombie, a vampire, ghost, ghoul, superhero and more, these fictitious characters help drive Halloween and have made it what it is today. 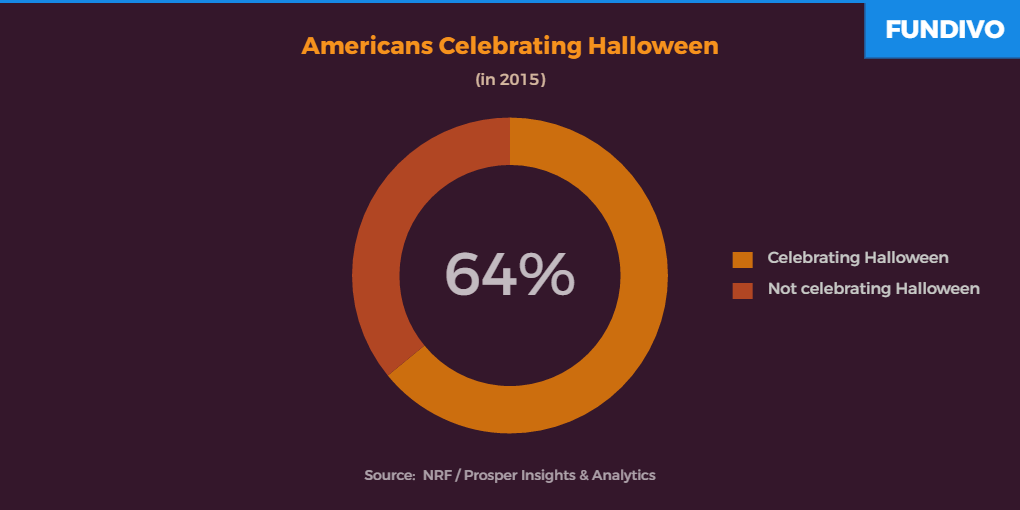 With decorations, candy, ghosts, ghouls and everything in between being sold out many experts believe that this spook-tacular holiday is no longer just for children craving candy. It’s become a holiday filled with fun and excitement for adults too, all 157 million of them to be exact.

Let’s take a look at the facts.

According to a group of recent surveys, it appears that Americans spend up to approximately $2.6 billion just on costumes, with costumes for children making up $1.04 billion just in sales alone. Adult costumes account for approximately $1.22 billion and perhaps not so surprising, the rise of costumes for our furry friends increased up to $350 million in 2015. Just purchasing costumes alone is accountable for almost 40 percent of the holiday sales throughout Halloween. 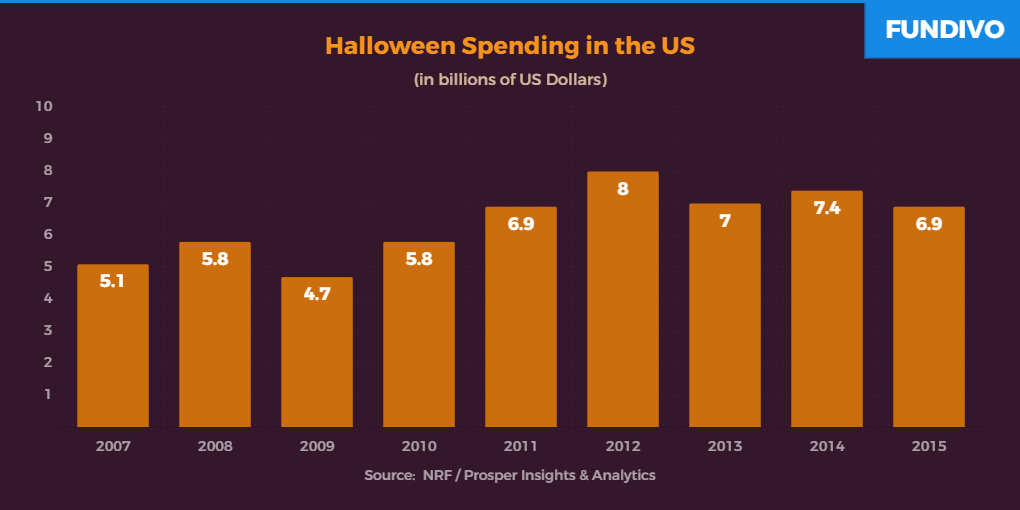 With such a visually spectacular holiday, it’s not hard to see why so many of us continue to spend hundreds of dollars each year on costumes, candy, decorations and more, but how much money are we actually spending each year on these holiday essentials?

A report from the National Retail Federation and Prosper Insights & Analytics has provided these shocking results:

Halloween is not all about costumes.

Even if individuals don’t choose to purchase costumes or attend any form of party during Halloween, candy sales are guaranteed to be the driving force for Halloween.

A survey that was conducted by the National Retail Federation discovered that an impressive 9 in 10 Halloween shoppers will head out to the stores to purchase candy, thus spending a total of $2.6 billion, which makes up 30 percent of holiday sales. Nevertheless, chocolate bars will most certainly always be a favourite treat among trick-or-treaters both young and old, and still remains one of the most popular candies along with candy corn.

While Halloween is a firm favorite with children, especially with the thought of dressing up as their favourite superhero or Disney character, the record number in sales certainly show that Halloween is no child’s play.

Compare small business loans and lenders side-by-side and find the one you need to grow your business in a matter of seconds.

All information is presented without warranty. Fundivo does not originate, fund loans or make credit decisions in connection with the small business loans displayed on this site. As such, all loans are subject to credit review and approval. Annual Percentage Rates (APR), terms of loan and payment terms shown above are estimated based upon analysis of information you entered, your credit profile and/or available rate information provided by lenders and publicly available information. Your actual Annual Percentage Rate (APR) will depend upon factors evaluated at the time of application, which may include loan terms, loan amount, credit score, credit usage and history. When evaluating offers, you are highly encouraged to review the lender's Terms and Conditions for additional information.

YES, I do NO, I don't
{"cookieName":"wBounce","isAggressive":false,"isSitewide":true,"hesitation":"","openAnimation":"bounceIn","exitAnimation":"bounceOut","timer":"","sensitivity":"","cookieExpire":"1","cookieDomain":"","autoFire":"","isAnalyticsEnabled":true}